On September 9, 2020, the National Assembly adopted at second reading amendments to the Preschool and School Education Act. An important part of them relates to preschool education. As expected, the deputies finally supported the compulsory pre-school preparation from the age of 4 by giving a three-year deferral period to the municipalities to prepare places for all four-year-old children in kindergartens. Between the first and second readings, important changes were made regarding the payment of kindergarten fees. What do these changes involve and what can we expect in the future? 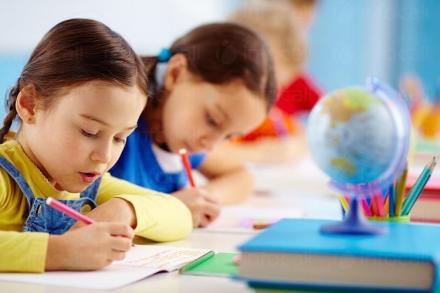 Compulsory pre-school education from the age of 4 will be carried out only in kindergartens – with the exception of villages where there are none (it will be possible for it to take place in a school there as well, although in practice there are almost no settlements in which a school can function and there is no kindergarten). It is envisaged that the municipalities, which do not have enough places in the kindergartens, will use the postponement of the clause until the beginning of the school year 2023 – 2024, in order to provide the necessary places during this time. Municipalities that have the opportunity can do so from the current school year.

Accordingly, the state budget provides BGN 70 million for the construction of kindergartens and schools in 2020, and the budget forecast provides for similar amounts to be provided in the next two years. The expectation is that in this way the necessary buildings will be built in the municipalities with a shortage of vacancies.

One of the novelties adopted at the second reading of the Law is the obligation of the state to compensate the parents whose children are not admitted to state or municipal kindergartens due to lack of vacancies. The change in Article 283 of the Law on Preschool and School Education in this direction was one of the demands of a large group of Sofia parents. Due to the lack of vacancies in kindergartens, they have to pay large sums to private kindergartens or engage other people in this. In accordance with the adopted change, the Ministry of Education and Science will determine a monthly amount to reimburse the costs of these parents. Of course, in realizing the commitment to build kindergartens and nurseries in Sofia and other large cities, the need for point 11, Article 283, would quickly disappear.

The payment of kindergarten fees from the state budget is one of the important achievements of the law. The bill read at first reading to cover fees for families receiving social benefits or child benefits. Thus, since the beginning of the new school year, nearly 55% of children in kindergartens would not pay fees. It was envisaged that the state would reimburse the municipalities for the fees they had to collect from their parents. This meant that different amounts would be reimbursed in different municipalities depending on the amount of fees collected. It also meant that municipalities that abolished kindergarten fees would not receive funding from the budget, as they did not have to collect any fees from parents.

The text adopted at second reading reaffirms the state’s commitment to support the payment of fees due by parents for child feeding activities in compulsory pre-school education provided by state and municipal kindergartens and schools, other than those funded by the state. At the same time, there is no specificity and commitment for full exemption from fees of the two groups of children included in the bill at first reading, namely – children from families receiving social benefits or child benefits. Another model is set. The state will provide the municipalities with a certain average standard of a child who attends a full-time kindergarten in the compulsory pre-school education groups 2, 3 and 4. The municipalities will decide for themselves whether to abolish fees for all children or for certain groups, and for others to proceed to cheaper. The text adopted at second reading obliges municipalities to use half of the funds received on the basis of this standard for full exemption from fees for a certain group of children.

What do these relatively complicated texts, which sound rather vague in places, mean?

The planned payment of kindergarten fees from the state budget is a positive step that will support the enrollment and regular attendance of kindergarten by the children of poorer families. Kindergarten teachers have repeatedly raised the issue of abolishing fees, which are an important barrier to enrolling many children, especially in rural and poorer regions, especially in the Roma community. The implementation of the research project Ready for School of the Trust for Social Achievement in 240 kindergartens shows that half of the unenrolled children start attending kindergarten to cover the due fees. Municipalities that have exempted parents from paying their kindergartens are also reporting a significant increase in attendance.

At the same time, exemption from a fee for some children and non-exemption for others always has the potential to lead to some progress, made with painful enforcement of wrongdoing in society. From the point of view of financial efficiency, the exemption of only the poorest is fully justified, as it is assumed that families with above-average incomes do not have significant problems in paying kindergarten fees, which are in themselves low. But from the point of view of the rule that what is defined as compulsory should be free for all, the best solution is to exempt all children of compulsory preschool age from fees. This should be a national policy and through it to support all municipalities.

The law adopts a different approach as it was changed between the first and second readings. Despite the stated political intention of all parties for free kindergarten at least in the compulsory preschool age, at this time the state will cover the cost of food for some children. At first reading, it was accepted that the children should be from families receiving social benefits and / or child benefits. This approach is clear and easy to follow across the country. The argument behind it is also relatively clear – financial barriers, such as food taxes, actually limit the participation of poorer children. Removing them is a national priority and should be done across the country in a similar way.

Regional differences and changes made

Social and regional inequalities in Bulgaria are strong and often mutually reinforcing. It is a well-known fact that the two poorest regions in the European Union are in Bulgaria – the North-West and the North-Central region. Even in the South-West region, which successfully pursues average standards at EU level, the positive trend is due primarily to the capital Sofia. There are municipalities and settlements in this region that concentrate poor and economically low active population. Another generally accepted fact is that the so-called urbanized municipalities, which are the district cities and some of the other larger cities, are significantly more economically, socially and demographically developed than the municipalities in the so-called rural areas. This is a fact in almost all European countries, but the level of inequality in Bulgaria is one of the highest. As a result of these disparities, children from families surviving only on social benefits and child allowances make up a different part of the total population in each municipality. Although at the national level they are about 55%, in some municipalities almost all children are from such families, and in others they do not exceed 10 percent.

For years, large municipalities – such as Sofia, in which every fifth Bulgarian child lives, have claimed that kindergarten fees cover a small part of the real costs and that they themselves co-finance a large percentage. Many parents in these municipalities do not have a problem with paying fees, but with the lack of places in kindergartens. Families who receive child benefits or rely on social benefits are a small percentage of all families there. If the amendments to the Law on Preschool and School Education regarding the exemption from food fees were adopted in the manner proposed at first reading, Sofia Municipality would receive funds for no more than 5% of children according to the calculations of Deputy Mayor Associate Professor Chobanov. The change made at second reading will direct a much larger financial resource to the capital, as the resource will be provided for all children who attend all-day kindergarten in compulsory preschool age. The average cost per child will be decided by the Ministry of Education and Science. It will certainly be lower than the fees for kindergarten, but the total amount for the municipality will be many times higher. With at least half of the funds received, Sofia Municipality must completely exempt a group of children from the food tax, and with the other half it could exempt more children, reduce fees or only cover part of the co-financing it currently provides. This approach makes it easy to achieve the task of children from families with child benefits or social benefits to be completely exempt from the food tax in Sofia, as well as in most regional cities. This should not be a problem in them.

At the same time, the change has severely harmed smaller municipalities. In many of them, the percentage of children from poor families is high, although their number is relatively small due to their small population. If the law had been passed in the version proposed at first reading, most children in these municipalities would have been exempted from the fee, as their families receive family allowances or social benefits. The text voted on second reading will put the municipalities in a very difficult position and will face the need to co-finance from their own budget the possible decision to abolish fees for the poorest families. Probably many of the municipalities will not dare to make such a decision due to the lack of sufficient own revenues. Of course, the abolition of fees in these municipalities is a strategically correct decision, because there is a chance to keep a larger number of young families – something they desperately need. The fact is that until now, above all, small municipalities have abolished fees for all children. But local authorities everywhere in rural areas can hardly be expected to show this determination.

The text adopted at second reading still favors the municipalities – nearly 50 in number, which at this time have exempted by decision of the relevant Municipal Council from a fee all children or children of compulsory preschool age. The bill at first reading harmed these municipalities, as it provided for the state to reimburse fees that had to be collected and, respectively, excluded municipalities without fees. They will now be able to receive state support according to the number of children in their groups 2, 3 and 4 in kindergartens.

The adopted amendments to the Preschool and School Education Act regarding kindergarten fees are an important positive step with regard to compulsory and free kindergarten from the age of 4. However, this step is half done in view of the fact that not all children are exempt from the food tax. The approach adopted at second reading is likely to deepen regional disparities and lead to exemptions for fewer children than originally envisaged. Citizen activism and successful advocacy are factors that can support the process at local and national level.

What does the draft Law for amendment and supplementation of the PSEL envisage?