As a final event of the week dedicated to the International Roma Day, Amalipe Center held an online award ceremony for the winners of the contest “Girls with dreams – let’s turn the page” on Friday – April 9 from 14.00 through the platform Zoom.us. The event was also broadcast live on the organization’s Facebook page.

At the beginning of 2020, the Center for Interethnic Dialogue and Tolerance “Amalipe” and Zonta Club Stara Zagora announced a student competition “Girls with dreams – let’s turn the page.” The topic of the competition was related to overcoming harmful traditional practices, including the so-called “Early marriages” and the pursuit of dreams. The aim of the competition was to provoke young people to create messages aimed at preventing these practices. They participated with essays, videos and images. The competition was open to students (girls and boys) from first to twelfth grade from all schools in Bulgaria, as well as from Bulgarian schools abroad. 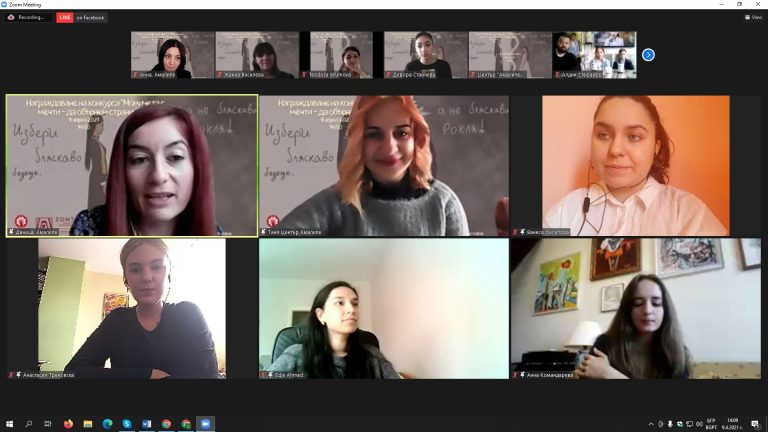 In June 2020. we announced the winners, but unfortunately we never made an official award ceremony, because we were waiting for the situation to allow this to happen live. As obviously in 2021 there will be no suitable attendance events, we decided to hold the award ceremony online, where the awarded works will be presented. We invited everyone who participated in the competition. Special guests were the girls winners of the initiative of the British Embassy “Ambassador for a Day”, with whom the Amalipe Center had the good fortune to work – Anna, Anastasia, Edje and Vanessa. 3 exceptional girls also took part, wonderful role models for all young people who have already realized some of their dreams and continue on the path of education and their goals: Bogomila Samuilova – volunteer, student, last year’s winner of the Amalipe Center student competition; Maria Hristova – Fulbright scholarship holder, intern in a legal program against hate speech in the media towards the Roma community; Princessa Ivanova – Member of the Children’s Council at the SACP, Ambassador to the Khan Academy, volunteer and activist. 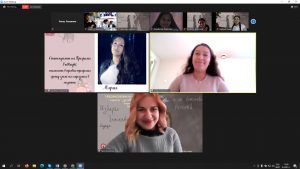 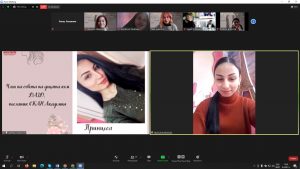 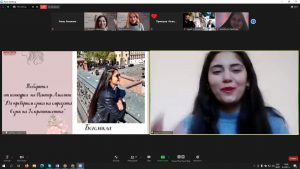 The awarding was extremely emotional for both the participants and the organizers. At times, it was difficult for us to move on with tears in our eyes. In advance, we gave the ambassadors the opportunity to get acquainted with the awarded essays and present some of them. We decided that the side view of peers will be the most objective and close to the participants. And we did not make a mistake. When announcing the awarded works, each winner had the opportunity to tell more about themselves and their dreams, and then Anna, Anastasia, Vanessa and Edje read the relevant essays they had chosen and told which in them touched them the most and why they affected them. These moments were incredibly exciting for everyone – winners, ambassadors and everyone involved. 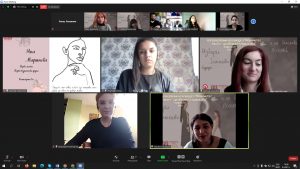 An unexpected effect for us was the announced desire for further communication and friendship by the presenting ambassador and the respective winner, as well as by our other special guests. We are happy with the fact that the event created new connections between young people, who once again proved that it doesn’t matter where you are from, what school you study in, what financial opportunities you have – we are all much more alike than we differ and it is enough just to let’s put prejudices aside and be open to everyone. We thank all the wonderful young and inspiring participants, without whom the event would not have been so emotional, warm and touching.

After the announcement of the awarded essays, we continued with the Video category. You can see the award-winning videos here. 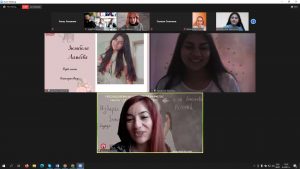 And the winner in the Graphic Image category was the work of Ferhat Mustafov: 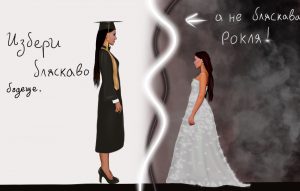 After the official part with the announcement of the winners and the awarded works, in the closed Zoom meeting the participants continued with a discussion about dreams, the importance of education and the negative impact of “early” marriages. Meet the winners as well as our special guests here.

Once again we want to thank all the participants in the competition and who participated in the awarding. Your efforts matter and can change someone’s life at this point that you don’t even know you have.