The first draft of the new operational programs 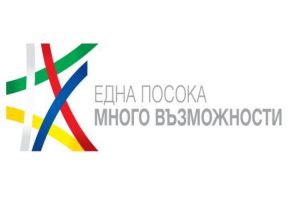 Organizations working in the field of social inclusion and integration of marginalized groups did not support the first working version of the Operational Science and Education program, because they did not include two of their main demands. In a letter to the European Commission, they called for assistance to be integrated into the program. At the same time, the organizations supported the first version of the Operational Program Human Resources Development as well as the Operational Program Regions for Growth.

In a letter to the Managing Authority and the working group for the preparation of the Operational Program Science and Education, the representative of the group of organizations working for the integration of marginalized groups and ethnic minorities, Deyan Kolev informed:

“After consultation with the organizations of our group of NGOs am authorized to say that we are not satisfied with the proposed option as it does not include the two main demands of organizations, namely:

As they are not adopted key substantive proposals, a group of organizations working in the field of social inclusion and integration of marginalized groups does not support the proposed first draft of Operational Program Science and Education! Once again we appeal those proposals to be included in the draft version! In the non-inclusion, their demand must be pointed out that the working version is not supported consensus. ”

Those two requests were repeatedly offered and grounded in the process of preparing the draft version. Although many of the specific proposals for future operations targeting Roma and other vulnerable groups were included in the draft version-specific objective 8 “Promotion of socio-economic integration” it was incorporated into more obscure reasons. Even in early March in its analysis, Deyan Kolev warned of a “reluctance with which the managing authorities of the operational programs in Bulgaria refer to the inclusion of the issue of Roma integration, despite the obvious need, the desire on the part of key stakeholders (including civil society, schools, kindergartens, etc.) and clear guidance in this respect the European Commission (which in practice is a major donor in this case). ”

The analysis emphasizes that “the real reason for the reluctance of Bulgarian institutions to engage in new operational programs the targeted specific objective aimed at marginalized communities, including Roma, probably hiding in the unprecedented increase in anti-Gypsyism and hate speech against Roma in recent years. The lack of a supportive public environment for integration policies is compounded by the indecisiveness and inability of politicians to deal with this problem. As a result, national institutions would rather not use the targeted approach, retreat from important achievements in this regard, and run counter to the European Commission and major national stakeholders rather than seek the courage to oppose hate speech ”.  The entire analysis is available on the website of the center Amalipe.

In letters to the Directors-General of DG Employment and DG Justice of the European Commission, five of the six working group organizations appealed for assistance with the two proposals to be included in the new Operational Science and Education program. The letters were supported by Amalipe, World Without Borders, Indy Roma, New Road, and Gender alternatives.

The first working version of the operational program was not supported by organizations working in the fields of education, science, and culture. In her letter with arguments from Dr. Nelly Koleva – representative of the group also expressed support for organizations’ proposals working for the integration of marginalized groups.

The Managing Authority and the Working Group on the Preparation of the New Operational Program Human Resources Development were accepted at the last minute the proposals of Spaska Petrova, a representative of the group of Roma organizations. Specific objective 8 will be included in the new operational program in priority 3 “Implementation of integrated territorial investments”, together with a large part of the example activities proposed by the organizations. This will allow municipalities and other beneficiaries to prepare integrated municipal proposals for implementing the soft measures of municipal plans for Roma integration, including activities to promote early childhood development, community development, overcoming negative stereotypes, and creating a favorable social environment.

The preparation of the new operational programs is still in its beginning. After receiving comments from the European Commission, new working options are forthcoming. Programs are also likely to be significantly reformulated to reflect the challenges posed by the COVID 19 epidemic in the face of socio-economic development.

Operational Program Science and Education: Deyan Kolev from Amalipe Center with alternates lawyer Milena Kadieva of Gender Alternatives, Spaska Petrova of the New Road Association and Gancho Iliev of the World Without Borders Association were elected as alternates;

Operational Program for the Development of the Regions: Gancho Iliev from the World Without Borders Association. Asya Dobrudzhalieva from the Habitat Foundation, Albena Krasteva from the Altruist Association and Albena Kostadinova from the Indi Roma Social Foundation were elected as alternates